People who have had their criminal record sealed by Ohio courts may have an easier time finding jobs thanks to a recently implemented state program. This first in the nation service gives former offenders the option to pay $45 to have their record removed faster from background check company databases, through a service with Higbee & Associates, thus increasing their chances that they will pass a background check. 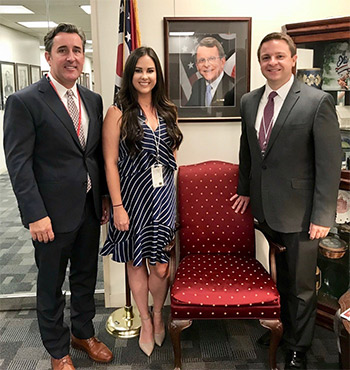 While the problem of expunged records appearing on background checks is a national problem, Ohio is the first state to try to provide an effective and affordable solution. “This service is funded by the applicants, so it does not cost the taxpayers money to fulfill the service. It will save taxpayers money in the long run as it helps people get back to work faster and reduce the chances of recidivism,” said Higbee.

Attorney Paul Hecht, who is the supervising attorney at RecordGone.com, said he thinks other states may follow Ohio’s lead. “We have seen first hand how the benefits of this service can help dramatically improve lives and help deserving people get back to work or find better and safer housing. It makes sense for other states to offer the service,” said Hecht.

Those who wish utilize the service must pay $45 when they submit their expungement paperwork to the court. The service is a result of a law, Ohio Revised Code 109.38, which was passed in 2017.

Additional information about the program can be found at http://www.recordgone.com/expedited-record-update-service.htm.