Immigration Reform Bill is One Step Closer to Becoming a Reality; Still a Long Road Ahead (0) 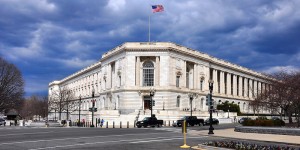 On Thursday, June 27, 2013 below an irreverent gallery bustling with anticipation, the United States Senate held a vote on its version of immigration reform.  Vice President Joe Biden presided over the traditionally formatted vote that required each Senator to declare “aye” in the affirmative or “no” in opposition.  In the end, the sitting President of the Senate announced the final tally of 68 to 32 in favor of the bill as chants of “Yes We Can” and “Si Se Puede” rang through the chamber.

The excitement of the moment slowly wound down as Mr. Biden ordered the Sargeant-at-Arms to restore order, which eventually required clearing the gallery entirely.  Nevertheless, the fact was not lost on the spectators or lawmakers present that this vote means absolutely nothing without action from the Republican controlled House of Representatives.

Republican leaders of the House such as Speaker John Boehner (OH) and Trey Gowdy (SC), head of the immigration subcommittee, made it clear that the Senate Bill had no chance of passing the in their chamber.  “We’re going to do our own bill,” said Speaker Boehner.  Emphasizing that the Senate Bill would only be put to a vote if the majority of his party lent their support.

Needless to say, while there is excitement over the possibilities that could soon be available to nearly 11 million undocumented people living in this country, there is still a very long and pitfall-laden road ahead.

The Senate Bill itself is massive with over 1,200 pages.  However, highlights of the bill include a path to citizenship for the millions of people living in the shadows.  Undocumented immigrants will need to have arrived in the U.S. prior to December 31, 2011 and have maintained continuous physical presence since.  They must have no felony convictions and no more than 2 misdemeanors.  A payment of a $500 fine will grant them a renewable provisional legal status for a period of 6 years.  Also, people who have been deported in the past for non-criminal reasons can apply to re-enter in provisional status if they have a spouse or child who is a U.S. citizen or permanent resident.

Nevertheless, much of this could change if a compromise is reached between the two houses of the legislature.  Many Democratic leaders are hopeful, however, that the Senate Bill will be signed into law by the end of this year.